The Tip I Learned While House Hunting That Changed Everything

The Tip I Learned While House Hunting That Changed Everything

Nope, we weren't ready to buy a fixer-upper. Here's how we figured that out. 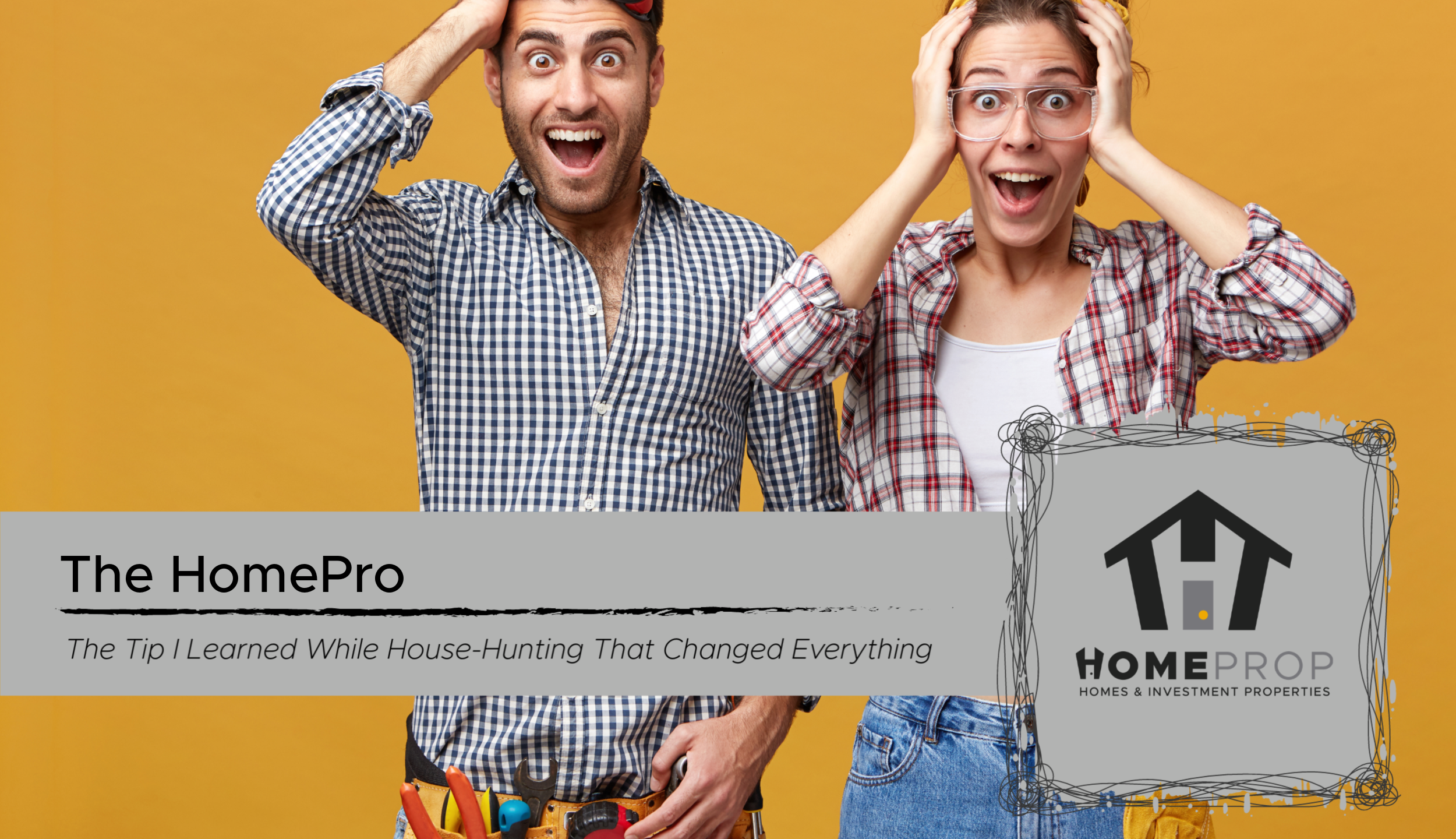 Profession: He's a meter reader for an electric company, and she's a pattern maker for a swimsuit company.

Instead, they ended up buying a house that was totally move-in-ready, no hardhats needed. Here's how they went from wanting a "before" house to buying an “after" one.

So, you wanted a fixer-upper. I bet you're big HGTV fans and dreamed of Chip and Joanna Gaines-style makeovers.

Drew: Yes, we are big fans of Chip and Joanna! Who isn't? We watch all of the HGTV shows and have always talked about wanting to do our own fixer-upper so we could make our home exactly what we want. We also thought that we might be able to save some money by doing the work ourselves. We wanted to spend around $225,000 [on the home purchase, before renovations].

Have you ever done a home renovation before?

Drew: No. Neither of us has experience fixing houses, but they make it look so easy on TV that we considered giving it a try.

So tell us about the house hunt.

Drew: We looked at fixer-uppers. We looked at a lot of different houses, some that needed to be completely gutted and were considered distressed properties, and some that needed only a few rooms updated and renovated. We were trying to get a house that was around $100,000 less than the market and redo it to save money.

Did you just look at fixer-uppers?

Drew: Initially, yes. Lisa [Johnsen, their agent] was great throughout the whole process, giving us ideas on how we could fix up the houses and pointing out things we should be looking for that, as first-time homebuyers, we would have missed — like an aging septic system or mold.

But she suggested we look at some houses that were already done, too, before we decided. That way we could see what you got if you paid for a house where someone else had done the work vs. what you got if you bought [a house] that needed renovation. So we looked at some houses that had been renovated and flipped by others, and some that just didn't need a whole lot of work.

What made you decide that a fixer-upper wasn't for you? What was the a-ha moment?

Drew: After seeing the prices of the fixer-uppers vs. the ones that were done, and considering the amount of work and money we would have to put into a house to make it what we wanted, we decided looking at move-in-ready houses would be a smarter decision. It would've been too much work trying to balance working 40-plus hours a week and fixing a house. Paying more for a house was preferable for us to buying one that was cheaper and renovating it. Lisa helped us see that.

So what did you end up buying?

Drew: We ended up purchasing a turnkey home. It has four bedrooms, 2,550 square feet, plus a finished basement. It had the exact floor plan we were looking for — one large great room. It just happened to be a turnkey home and in the upper end of our price range, which was honestly the best of both worlds. There was nothing that had to be fixed before we moved in; it was all just cosmetic things to make the home feel like ours.

So no sledgehammers were involved?

Drew: No. When we moved in, the first thing we did was repaint the basement in fresh, modern paint colors. Now we have moved upstairs and are working on the main floor powder room, as well as the foyer and hallways. We haven't had to do any demo on any rooms, mostly just painting, except in the bathroom where we are repainting the vanity, installing a new vanity top, and putting up a fun Joanna Gaines wallpaper.

But, shiplap?! Any shiplap?

Drew: Nope. We're not that handy.

Do you have any advice for someone who is thinking about buying a fixer-upper?

Drew: Go for it if you're a handy person who has the time to do the renovations. With the right house, you could save money. But it's harder than it looks. Just doing little cosmetic upgrades in our house has taken a lot longer than I expected. I couldn't imagine if we had to redo an entire house. They make it look so easy [on TV], and I have a lot of respect for what they do on all of those shows.

What's your favorite thing about your house?

Drew: The pellet stove! It is so easy to use and maintain — much easier than a wood-burning fireplace, which we thought we wanted. It works so well and is a big time and money saver during the winter. We also like that we didn't have to spend a year working on our house and can sit by the stove instead.