The supply of for-sale homes may finally be loosening up 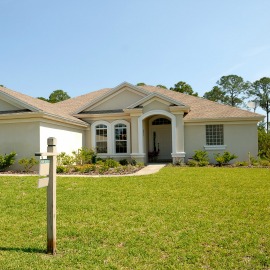 NEW YORK – July 12, 2018 – The housing market may be starting to benefit from the one thing that can loosen a long-running squeeze that has crimped sales and driven up prices: more homes.

The nation's housing inventory increased 12.2 percent in the second quarter, the biggest gain since early 2015, according to real estate research firm Trulia. Housing supplies were still down 5.3 percent from a year ago, a dynamic that has continued to push up prices.

But that's less than the double-digit annual declines that had prevailed since the second quarter of 2017 and the smallest drop since early 2017.

Thirty of the nation's 100 largest metro areas saw their housing supplies increase on an annual basis last quarter. That's up from just 13 early in the year and represents the largest share of big cities with rising inventories in more than three years.

"It could be the start of a shift in inventory," says Trulia data analyst Alexandra Lee, though she added it's too early to tell for sure.

She attributed the increase to an acceleration in new home construction as well as the willingness of more existing homeowners to put their houses on the market. Some, she says, want to benefit from big price gains on the assumption that housing prices may be peaking. And baby boomers who have stayed in their homes while delaying retirement may be hanging it up in greater numbers.

The Nashville, Tennessee, area led the nation in the second quarter with a 52 percent jump in homes on the market compared with a year earlier, Trulia figures show. The median home price of $255,000 is still up 11.3 percent annually, according to Zillow, an online real estate database firm.

But, "there has been some more inventory," says John McClanahan, a broker for Village Real Estate in Nashville. As a result, he says: "Prices have been really stable the last few months. Things are a little slower. You're not seeing as many multiple offers. There's not as much of a frenzy." McClanahan cited a flurry of new home construction, with builders tearing down older single-family houses and putting up two new units on the same lot.

Other top metro areas with big inventory gains the past year include Salt Lake City (48.6 percent), Dallas (32.4 percent), , Washington (21.9 percent) and Little Rock, Arkansas (13.4 percent), according to the Trulia data.

Meanwhile, home supplies also rose in six of the nation's 10 most unaffordable cities where housing costs make up 42 percent or more of monthly income, Trulia says.

Inventory increased 1.1 percent in New York City, 2.9 percent in Los Angeles, 3.1 percent in Miami and 22.1 percent in San Diego. The gains could help moderate price increases in the months and years ahead if it's sustained, Lee says.