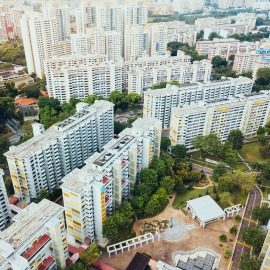 MIAMI – July 13, 2018 – Renters in expensive California markets can expect to spend more than two decades saving for a 20 percent downpayment on a median valued home, but Florida buyers can do so in about one-third the time. Nationwide, renters can expect to spend nearly six and a half years saving for a 20 percent down payment on a home, according to a new HotPads analysis. The median home value in the U.S. is $216,000, which means a 20 percent downpayment would be $43,200. If a renter making the median income saves 20 percent of their income each month – as financial experts recommend – they would have enough for a downpayment in 77 months, which is nearly six and a half years.

However, in the three Florida cities included in the study – Miami, Orlando and Tampa – renters must spend more than 6.5 years. It takes longest in Miami (11 years, 5 months) compared to Tampa (6 years, 11 months) and Orlando (8 years, 2 months).

The study looked at the median amount a city’s residents spend on rent, the median value of homes, and the share of income residents spend each month on housing. In calculating a time for downpayment savings, they assumed that households can save 20 percent of their monthly income.

Miami: Residents currently spend 50.1 percent of their income on housing and have a median annual income of $47,398. With a median rent of $2,000 per month and $271,000 median home value, it would take Miami residents 11 years and 5 months to save 20 percent ($47,938) toward a home. However, it would only take them 2 years to save enough for a 3.5 percent downpayment, which is offered by FHA and some private banks.

Meanwhile, it will take a typical renter in Pittsburgh, Cleveland, Detroit and Indianapolis less than four and a half years to save a 20 percent downpayment. Renters in these markets spend 30 percent or less of their income on housing, making it easier for them to save.

“Home prices are outpacing incomes in many of the country’s largest markets, which makes saving for a home more difficult,” says Joshua Clark, economist at HotPads. “On top of that, the current generation of first-time buyers is dealing with unprecedented levels of student debt, making the downpayment a major factor keeping young renters out of the housing market even though many young people say they have ambitions to buy. While some high earners may manage to save more than the recommended 20 percent of their income or may have the good fortune of windfalls such as family assistance, inheritance or large bonuses, most young adults struggle to save. Sustained increases in home values and rents suggest that lower downpayments may become more popular as first-time buyers continue to be pinched on both sides of the market.”

In 2017, about 29 percent of first-time buyers put down between 3 and 9 percent on their home purchase.