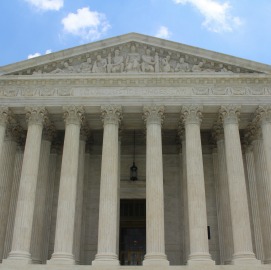 That number is down 15 percent year-to-year and down 78 percent from its recession-era foreclosure peak in the first six months of 2010.

Florida does, however, continue to rank high for the number of days it takes for a home to go through the foreclosure process, ranking second nationwide. States with the longest average foreclosure timelines for foreclosures completed in the second quarter were Hawaii (1,553 days), Florida (1,166 days), New Jersey (1,161 days), Utah (1,108 days) and Indiana (1,054 days).

A handful of U.S. metro areas (12 percent) saw an increase in foreclosure activity rather than a decrease, however – but none of note in Florida. They include Houston (up 10 percent), Dallas-Fort Worth (up 11 percent), Cleveland (up 4 percent), Phoenix (up 5 percent) and Indianapolis (up 2 percent).

"Localized foreclosure flare-ups in the first half of 2018 can no longer be blamed on legacy distress left over from the last housing bubble, given that nearly half of all active foreclosures are now tied to loans originated in 2009 or later, and given that the average time to foreclose plummeted in the first two quarters of the year," says Daren Blomquist, senior vice president with ATTOM Data Solutions.

Blomquist says the local foreclosure increases "are typically the result of more recent distress triggers" in those specific markets.

"We're also seeing (some of the results) of gradually loosening lending standards starting in 2014, specifically for FHA-backed loans," Blomquist added. "The foreclosure rate on FHA loans originated in 2014 and 2015 has now jumped above the average FHA foreclosure rate for all loan vintages – the only two post-recession vintages with foreclosure rates above that overall average."